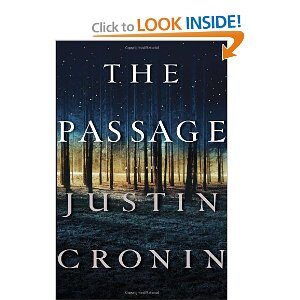 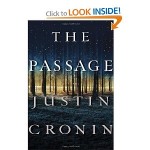 The book editors at Amazon.com have been busy compiling some of the best books of 2010 (thus far) into a list for passionate readers to explore.  Summer is a time when many readers like to catch up on their reading while soaking in some rays.  You can find the complete Amazon list of the Best Books of the Year at http://www.amazon.com/bestbooks2010. This list includes books released between January and June of 2010 and these top books were hand-selected by Amazon’s Book editors and represents their favorite titles in four categories: an overall Top 10, plus 10 books each in Fiction, Nonfiction, and Young Readers.

As Amazon’s managing editor of books Daphne Durham put it, this is “a list of books that transcend genre,” with selections to suit any type of literary appetite.

Here’s a quick peek at the overall Top 10 Best Books of 2010, listed alphabetically by author:

1. “The Passage” by Justin Cronin

2. “Country Driving: A Journey Through China from Farm to Factory” by Peter Hessler

3. “The Girl Who Kicked the Hornet’s Nest” by Stieg Larsson

4. “The Big Short: Inside the Doomsday Machine” by Michael Lewis

5. “Matterhorn: A Novel of the Vietnam War” by Karl Marlantes

6. “The Imperfectionists” by Tom Rachman

7. “The Immortal Life of Henrietta Lacks” by Rebecca Skloot

9. “The Lonely Polygamist” by Brady Udall

Below you will find a press release with the complete details on the Best Books of the Year…So Far.

SEATTLE—July 7, 2010—Amazon.com, Inc. (NASDAQ: AMZN) today announced its picks for the annual Best Books of the Year… So Far list (www.amazon.com/bestbooks2010). This midyear retrospective highlights the best books that have been released in 2010 between January and June. Customers looking for vacation reads will find an eclectic list, from the literary equivalent of “Big Love” to the true tale of a woman whose cells impacted medical history in a profound way. The Top 10 Best Books of the Year… So Far are all also available in the Kindle Store (www.amazon.com/kindlestore) via wireless download in less than 60 seconds.

“Our goal with Best of the Year… So Far is to create a list of books that transcend genre,” said Daphne Durham, managing editor of Books at Amazon.com. “These are books that you could give to anyone, no matter what their taste, and this year you have a very global list to choose from—with settings ranging from China to Sweden, Vietnam to Baltimore. Narrowing the list of great reads for customers has always been one of our favorite activities, and 2010 has been an incredible year for books so far.”

The Best Books of the Year… So Far are hand-picked by Amazon.com Books editors and represent their favorite titles in four categories: an overall Top 10, plus 10 books each in Fiction, Nonfiction, and Young Readers. Here’s a quick peek at the Top 10 books of the year so far, listed alphabetically by author:

1. “The Passage” by Justin Cronin: Just when you thought (or even hoped) vampires were dead, Justin Cronin’s grand, gorgeously written and terrifying new novel lands—with a 1,000-page thud—pulling readers into an American landscape ravaged by monstrous, mutated immortals.

2. “The Irresistible Henry House” by Lisa Grunwald: Inspired by real-life “practice babies” (orphans who were used as teaching tools in Home Economics courses), Grunwald’s inventive novel follows the life of a child with many mothers and an inborn talent for making women love him.

3. “Country Driving: A Journey Through China from Farm to Factory” by Peter Hessler: Hessler is a modest but intrepid observer of China and its dramatic change over the last 15 years, capturing the ambitions, the failures and the comedy of a country in which everybody, it seems, is on the move.

5. “The Big Short: Inside the Doomsday Machine” by Michael Lewis: Of the many books about our economic meltdown, “The Big Short” is arguably the one to read, told from the perspective of a few iconoclastic thinkers who saw the collapse coming—and bet big on it.

6. “Matterhorn: A Novel of the Vietnam War” by Karl Marlantes: A highly decorated Vietnam veteran himself, Marlantes takes readers deep into the jungles of Vietnam, giving us a new perspective on the ravages of war, the bureaucracy of the military and the peculiar beauty of brotherhood.

7. “The Imperfectionists” by Tom Rachman: A fictional English-language newspaper based in Rome is the stage for this sensational debut novel from a former foreign correspondent who has crafted a story that’s as much about the disillusion in everyday life as the dissolution of a venerable industry.

8. “The Immortal Life of Henrietta Lacks” by Rebecca Skloot: From a single, abbreviated life grew a seemingly immortal line of cells that made some of the most crucial innovations in modern science possible. From that same life, Skloot fashions a rich and haunting story that redefines what it means to have a medical history.

9. “Just Kids” by Patti Smith: Smith’s memoir of her friendship with Robert Mapplethorpe is tender and artful, told in the style of her rock anthems and balanced by her memories of their bohemian youth.

10. “The Lonely Polygamist” by Brady Udall: Beyond soap opera or sensationalism, Udall reveals the side-splitting slapstick, tragedy and redemption in the life of a man with many wives. His large-hearted story shows particular sympathy for the loneliest members of this crowded family.

Ronald Dahl Ghost Stories and other spooky books for kid’s

Brain Food? The Top 7 For Kids!