A House Divided, Racism in America 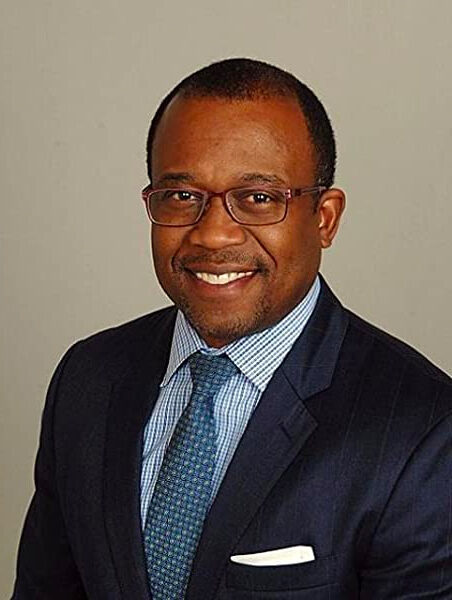 The holidays are a time for reflection and gratitude. They afford us a time to give thanks for the precious gift of life and reflect upon the challenges that lay ahead. This year a cloud hangs over our holiday season. Though we are grateful for a vaccine that has more or less allowed us to resume life as normal without excessive fear of spreading COVID-19, there are still many who refuse to get vaccinated or wear masks for political reasons. COVID-19 is still mutating rampantly, coursing through our society, flooding hospitals across the nation with causalities and burning out the brave men and women who work in our nation’s healthcare facilities. Like many issues within our society opinions on how to stem the spread are highly polarized. This polarization is emblematic of the deep political divide within America.

The jury trials of Kyle Rittenhouse, Travis McMichael, Randy McMichael and William Bryan are further examples of this divide. Expressions ranging from shock to elation reverberated across the nation when Rittenhouse was found not guilty by self-defense for killing Joseph Rosenbaum, Anthony Huber and wounding Gage Grosskreutz. Similarly, many Americans breathed a collective sigh of relief upon learning of the conviction of the three White, Brunswick Georgia men found guilty in the murder of Ahmaud Arbery, a 25-year-old Black man. Arbery’s killers were not charged for two and a half months following his murder. It took a groundswell of public pressure to force the Brunswick, Georgia DA to convene a grand jury once video evidence of the murder surfaced. These cases were part of a rash of violence, murder and police killings from the Summer of 2020 that sparked demonstrations across the world.

America’s history regarding Racism in America is checkered.

There has been significant progress from the days of slavery and Jim Crow, but there has also been significant opposition to that progress. If you examine America’s history through a racial lens you will see just and unjust outcomes for Black and White victims, but a trend that bends towards justice. If you examine America’s history through an unbiased lens you will see staggering clusters of racial inequity- the legacy of a system built upon a belief in White Supremacy.

In 1896 The Supreme Court ruled that separate but equal was legal under the Constitution. This decision was the basis for American common law and socio-economic customs for 70 years. Every law still on the books that deals with individual rights written prior to 1896 was shaped by that belief in inequality and we are still trying to extract ourselves from this low point.

Black Americans are 3 to 6 times more likely to be killed by police than White Americans. Black women are 3 times more likely to die due to pregnancy-related complications than White women. 2020 census data shows that nearly 1 in 5 Black Americans lives in poverty (19.5%) compared to the national poverty rate of 11.4%. A 2021 University of California Berkley study found that even a “Black sounding name” generates fewer interview calls for employment than the same resume with a “White sounding name”. Even when Black Americans achieve the American dream their children are significantly less likely to achieve the same level of success. A 2018 survey by researchers using IRS and Census data showed that Black men born into families in the top 20% of income earners had only an 18% chance of remaining there, compared to a 41% chance for White men. These data points are prima facia evidence of the work we as a nation still have before us.

Opposition to progress regarding racial equity is the basis for many Americans not wanting schools to teach any history that casts the US in a negative light. History is just that. If we only teach the positive aspects of history, we are not teaching history, but instead, we are advancing romanticized propaganda. Nine states have passed laws prohibiting teaching or discussing racism, bias or unconscious bias. They believe that a full accounting of American History (good and bad) makes White children uncomfortable, feel guilty, and draw conclusions that they are racist, America is a racist country; and that children of color are victims. This is a misinformed conclusion that serves to stagnate progress. Guilt comes from knowing that you live in and benefit from a racially biased system, yet you do nothing to correct it. America is a racist country only if we work to preserve the racial inequality our system was built upon. Black Americans are not victims. Victims seek revenge; most Black Americans are still seeking equality.

State legislatures who oppose teaching an accurate accounting of American History have used Critical Race Theory (CRT), as a wedge to prevent education and meaningful dialogue regarding race. CRT is a scholarly, legal, and academic framework that seeks to explain historical disparities in the lived experiences of Black and White Americans. CRT is a graduate-level construct not taught in American Secondary education. However, CRT was used effectively by Virginia Governor-elect Glenn Youngkin who expressed opposition to CRT. Youngkin used CRT and parental control of curricula as central features of his platform- a dog-whistle to get right-leaning voters to turn out for Virginia’s November 2021 election, and his strategy was successful.

Those who oppose teaching about Racism in America in our schools are motivated by fear, guilt and shame- fear of a changing society, guilt from having benefited from an inequitable system, and shame about how Black Americans and other minorities have been historically treated in this country. Author, professor and social scientist Brene Brown asserts, “shame is a feeling that can be overcome through reflection and discussion, guilt is a feeling that focuses on behavior.” By thwarting conversations that have the power to make us more equitable we are preserving social stagnation.

Perhaps if Randy McMichael, Travis McMichael and William Bryan had learned from America’s racist past in school they would have not felt threatened by the presence of a Black man jogging through their neighborhood. Had they responded to Ahmaud Arbery’s presence in a non-violent manner his life would have been spared and their lives would not be in ruin. Perhaps if Kyle Rittenhouse had learned from America’s racist past, his actions would have been aligned with his professed support for Black Lives Matter and he would not have shot and killed Joseph Rosenbaum and Anthony Huber. “Life is like a Kindergarten Teacher- if you do not learn the day’s lesson she will gladly teach you again tomorrow.” Will we learn today’s lesson or will these cases become yet another chapter in our nation’s history that we do not wish to discuss 50 years in the future?

has an opportunity to break this cycle of fear, guilt and shame by issuing a formal apology for 246 years of slavery and 100 years of Jim Crow. He must commission a Truth and Reconciliation Commission consisting of our nation’s best historians, economists, educators, industry and faith leaders and charge them with the task of studying how our nation’s racist history is still contributing to today’s racial inequities. He must charge them with the development of policy recommendations to overcome educational disparities, disparate healthcare outcomes, and criminal justice inequalities. Racism in America is real.

This course of action will not be popular just as desegregating the armed services was initially unpopular, just as passing Civil Rights legislation to end Jim Crow was initially unpopular. Presidents Truman and Johnson took decisive executive action to continue America’s march to becoming a more perfect union not because it was easy, but because it had to be done to retain our moral footing in the world. Today, no one would argue they were wrong.

In a time when our nation is deeply divided our laws have been changed from promoting public safety to promoting individual rights. Gone are the concepts of de-escalation and proportionality. They have been replaced by fear, indignation, and guns. Though justice may have been served in at least one of the verdicts there were no winners. Six families lost loved ones to violence or the penal system. We must turn the temperature down. Dr. Martin Luther King Jr. said in one of his last speeches, ‘Chaos and Community, Where Do We Go from Here:’

“I choose love because hate is too great of a burden to bear. We have decided to stick with love because love is the only answer to mankind’s problems.”

We must learn to love each other not despite our differences but because of them. We must learn to listen to one another with compassion, empathy and understanding, rather than to formulate a counter-response. We must hold sincere and frank discussions that have the power to change us for the better, and we must elect leaders who imbue these qualities.

Troy Mosley is a retired Army Lieutenant Colonel and is the founder and CEO of Citizens Against Intolerance. Troy is a 20-year veteran with a 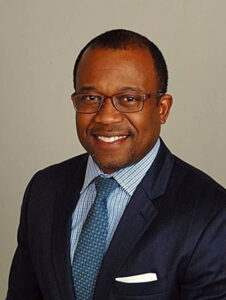 B.S. in Psychology, earning his commission through Florida A&M University’s ROTC Program. Troy has held various military assignments in his 20-year career.  He was the lead project officer for the first-ever Fisher House dedicated outside the continental United States, and he served as the Executive Officer for the 212th Mobile Army Surgical Hospital during Operation Iraqi Freedom in 2003. Troy also served as the Administrative Director, Department of Surgery, Walter Reed Army Community Hospital before being selected to be the Army Surgeon General’s Executive Assistant. Troy served as COO for Weed Army community Hospital (WACH) in 2009 where he led the Hospital to the best Joint Commission (TJC) Accreditation score in the Army that year. His efforts were instrumental in securing funds for a $300 million new hospital construction project at Fort Irwin, CA, the DoD’s first solar-powered hospital. His book The Armed Forces a

nd American Social Change: An Unwritten Truce is available at Amazon and Barnes &

The armed services have historically fiercely resisted integration, gender equality, and LGBTQ equality, but over time have grown to value America’s wellspring of diversity as a strategic and operational advantage. However, despite how far efforts in diversity have come in the U.S., there is still a considerable amount of work to be done. The Armed Forces and American Social Change: An Unwritten Truce is an acknowledgement of both the progress made and the work that remains. Troy Mosley examines the social advancements made within the military that have impacted our broader society, and showcases how they are currently being directly challenged.

The Littlest Candle  A Hanukkah Story

The Terrible Unlikelihood of Our Being Here;SUSANNE ANTONETTA