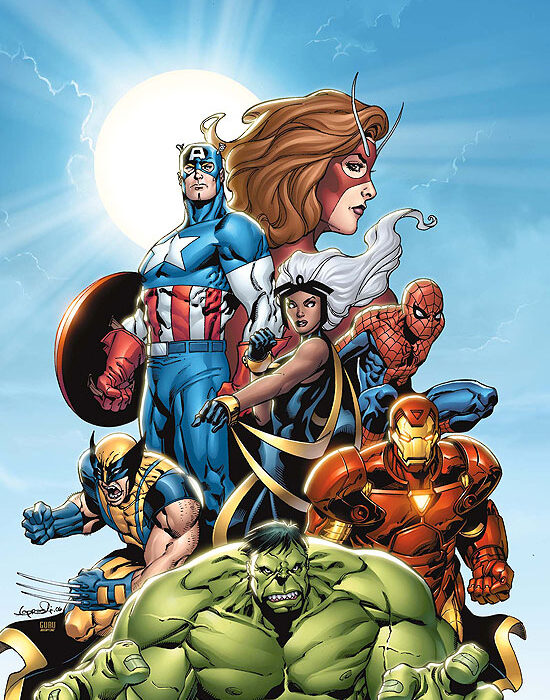 When it comes to comic book movies, it seems as if Hollywood sticks to the stories that we all know, such as Spider-Man, Superman and so forth. Since the movie industry is afraid to deviate from the stories we all know, they tend to rehash the same material because they know it will make them hundreds of millions.

However, with hundreds of interesting comic books out there that most of the public hasn’t heard of, we’ve compiled a list of Marvel comics that should be turned into a blockbuster movie:

Black Panther is one of Marvel’s original black superheroes who originally appeared in an issue of the Fantastic Four. This fictional character, who lives in Wakanda, boasts an array of super senses, strength, agility and speed. Probably known as one of the most popular characters on this list, Black Panther could be turned into an interesting story that has a melting pot of action.

Known as a soldier who has telekinetic and telepathic powers, Cable first popped up in the first issue of Uncanny X-Men, a series that would expand on the X-Men Universe. Throughout this series, Cable was known for his fights against memorable villains like Stryfe and the Genoshans. If Cable were to be featured in a movie, it would be ideal to have him traveling into the future, showcasing his past with the comic most people are familiar with — X-Men.

Initially created to be known as the alternative to Captain America, Captain Britain was known to be the only hero in the Marvel universe who was written by Alan Moore. This story isn’t what you’d expect in most comic book stories because he was able to acquire his superpowers from a wizard, something you usually don’t see. Since Captain America was a huge success in the states, there’s no reason this unique alternative couldn’t thrive as well.

Doctor Strange is different from the other superheroes that we’re all accustomed to. Known as the mightiest magician in the cosmos, his goal is to ultimately get rid of the evil god, Dormammu. Since Marvel never really looks on the magical side of comics, this storyline could be successful if it’s presented with some humor and visual flair.

Over the years, Hawkeye has been known to playing a key part in the Avengers series; however, as time went on, he was notorious for going on his own solo adventures. Showing considerable powers as one of the mightiest marksman, he boasts no superhero power of any kind, making him an oddity in the comic book world. To step outside the usual superhero boundaries, Hawkeye could be an entertaining movie that showcases his advanced use with his bow and arrow.

While superheroes with amazing powers are a dime a dozen, how many do you know that have powers and amazing kung-fu moves? These types of characters don’t come around often, and that is why Danny Rand, the star of the Iron Fist series, could be turned into a thriller.

Mark Spector, who is a ruthless mercenary, was found dead when on a trip to Egypt. While this death didn’t last for long, a mysterious spirit resurrects and puts him out on the path to revenge. Now boasting an array of amazing superpowers and alter-egos, the Moon Knight returns to his home state to fight off crime. If Moon Knight was to become a movie, it would basically be Batman if he suffered from a multiple personality disorder.

Known as one of Marvel’s earliest superheroes, Namor is the mutant son of a sailor and princess from the land of Atlantis. Granted super strength as a child, Namor has the power to survive underwater and on land. While there has been a rumor to turn this comic into a movie, nothing has been announced yet.