by Guest Post
No Comments
SEARCH BOOKROOM REVIEWS on Bookshop

At a time when sports, coaching and even athlete parenting have become a never-ending 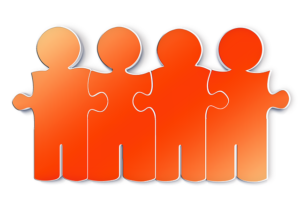 chase for profit, popularity and prominence, it can be difficult, and sometimes seemingly impossible, to cultivate character and integrity in student athletes—whether they be NCAA-level, high school or even middle school age players.

Just one quick Google search can reveal the extent to which honor and any notable “code of ethics” in student sports is suffering amid a pervasive glut of incidents from coast to coast involving cheating, abuse, and other forms of misconduct. One particularly high-profile example underscoring how insidious the problem is the FBI investigation revealing that head and assistant coaches were using NCAA monetary profits for bribery gain. This resulted in a mass arrest of head coaches, assistant coaches, and staff members. While this traumatic event changed NCAA college basketball practices interminably for the better, in the process the NCAA board suffered extreme embarrassment and strife from the fraudulent exposure while coaches and other staffers suffered irreparable career damage—not to mention the “collateral damage” to players, their families and the university’s, themselves.

Given what seems to be an endless array of scandals, there is a beacon of light in the form of Coach Gary Waters, a former Kent State, Rutgers, and Cleveland State Head Coach. As one of the nation’s preeminent Character Coaches, Waters urges that parents, coaches, team leaders and anyone engaging with student athletes should establish—and wholeheartedly assure adherence to—a defined set of principles that have the express intention of bolstering a student athlete’s character, values, and philosophies both on and off the court. “Character is defined by moral excellence and firmness,” says Coach Waters. “When a person’s principles, ethics, integrity and even spirituality are aligned, staying in the guidelines for the law and regulation comes effortlessly, like a second nature.”

Today more than ever, student athlete coaches and programs are instilling the importance of honor, valor and integrity, and parents at home are eager to follow suit. With this in mind, Coach Waters offers these fundamental basics on what a sports-driven student should do—and not to do—as they endeavor to build character:

***Character Builders – DO This:

Work Hard At What Matters…Fearlessly: 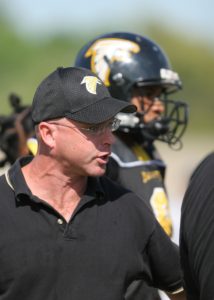 Coach Waters believes, and one can nary disagree, that the effort one puts forth directly correlates with the outcome of what one pursues, and that a great number of those “sweat equity” efforts should be proactively focused on endeavors that further life goals—be those related to athletics, career, relationships, family dynamics, spirituality or other areas of self-improvement and personal growth. Modern-day life is filled with a glut of complexities that can make it difficult to “see the forest through the trees” and aptly discern exactly what matters most in achieving various goals, and prioritizing in kind. It can actually be overwhelming—especially when the goals ahead seem insurmountable or entirely unreachable.

Time is finite and there’s only so much of it to be had each day, so Coach Waters underscores the importance of allocating dedicated and concerted time on the most meaningful and impactful areas needing attention—those that will yield short term results, but will also be mindful of longer-term objectives. As importantly, Waters also advocates “attacking” one’s goals fearlessly so as to counteract self-doubt, uncertainty, hesitation and other detrimental inner dialogue that can present obstacles and swiftly thwart one’s best hopes and intentions. It’s been said that FEAR stands for “Forget Everything And Run” and, according to Eldonna Lewis-Fernandez, author of “Think Like a Negotiator,” fear is “that uncomfortable, disconcerting feeling that causes us to take a back seat in our own life and prevents us from proactively moving forward to reach our goals and aspirations. Instead of facing a personal, business or workplace situation head on and taking control of the proverbial handlebars of life, fear causes us to turn the other way, freeze in our tracks, or poke our head in the sand.”

According to Lewis-Fernandez, fear of failure can be particularly debilitating. “All too often we stop short of attempting something new for fear we might embarrass our self or, worse, fail all together,” she says. “Any given undertaking has the possibility of resulting in failure, which is never a desirable or welcome outcome. But, when facing something new, a fear of failure can be amplified as anxiety or nerves, and our ‘fight or flight’ instinct kicks in. These intense feelings can cause us to put our aspirations on the shelf where they can languish in perpetuity.” She also cites fear of vulnerability as another area of concern. “While it can be uncomfortable and downright scary to open yourself up and expose your true inner self and your ideas and aspirations to others of importance in your life, doing so can be cathartic – and a true turning point in effecting positive change,” Lewis-Fernandez notes. “Letting down your guard takes courage and strength, and allowing yourself to be vulnerable can help you better relate with people on a more personal level.”

Loyalty means different things to different people. For Coach Waters, loyalty is about the commitment one makes to a cause, a particular group or specific persons. It involves a feeling of devotion or obligation to someone or something in both good times and bad. Other definitions describe loyalty as involving faithfulness to something or someone to which one is bound by pledge or duty. In all instances, however, loyalty is about integrity—keeping one’s word or upholding expectations of another as demonstrated through one’s actions, optimally in a sustained and habitual manner. Coach Waters believes that ingraining a sense of loyalty in student athletes certainly begins at home, but extends far to other role models—whether they are intentional or incidental. This includes coaches, administrators, teachers and even other players.

To understand the extent to which one is demonstrating loyalty in their everyday lives, Coach Waters recommends an easy exercise to determine one’s “loyalty score” relating to various endeavors. He suggests doing a self-analysis rating one’s self in relation to a given venture (like loyalty to one’s team or sport at large). On a scale of one to five, ratings can be related to key tenants of loyalty like honesty, trustworthiness, support, generosity, commitment, reliability sincerity, consistency and partiality. Assessing one’s commitment to a specific endeavor with these attributes in mind can be a powerful tool in determining if a better effort needs to be made…and in which areas. Even caregivers, coaches and others can use this tool to rate the student athlete, and then use it as a springboard for discussion that can manifest in a powerful dialogue—a tactical growth moment for all involved.

***Character Busters – DON’T do This:

Coach Waters concedes that, amid stressful schedules and demands on a player’s time and resources, remaining dependable and steadfast can be difficult. Worse, he feels there is lessening value being placed on these attributes despite the fact that they can play a critical role in one’s success trajectory. He also feels that all too these traits are being cultivated as it relates to the game itself, but not carried over into other facets of the player’s life and value system overall. “Success in the classroom and growth in the player’s personal development often isn’t valued, and parents and coaches often aren’t supported in their efforts to help players grow as people…only as players,” he laments. Worse, role models and mentors like coaches themselves often set examples of disloyalty, by foregoing a commitment to their institution in favor of money and acclaim elsewhere.

For a student athlete, they have many ways that they can demonstrate their dependability each day, week and month—both within and outside of their sport. And, Waters suggests proffering rewards for them doing so. Relating to athletics, this can include making a staunch commitment making it to every practice (and on time and fully prepared); being “present” at practice by being fully engaged in the lesson or drill at hand; and being known as someone known for “going the extra mile” to help out other players when needed—whether that’s understanding a play or providing emotional support when things aren’t going well. Outside of sports, dependability can be shown in areas like turning in complete homework on time, every time; being where you say you’ll be at the stated time; handling responsibilities at home like chores in a self-directed manner without need for prompting or reminding; and being willing to “lend a helping hand” or a “supportive ear” when someone is in distress. Doing any of this involves an outward point-of-view and nurturing an altruistic spirit.

According to Waters, “Having a reverence for authority, as demonstrated by overtly respectful treatment and regard, is a mission-critical aspect of character building. Respectful behaviors and attitudes should certainly start in the home with parents, but needs to carry over to all others in a student athlete’s life: relatives, coaches, administrators, teammates, referees, friends and even strangers like the elderly. When a fundamental respect for authority doesn’t exist, it becomes a slippery slope that can lead to contentious relationships in every direction, missed opportunities or, in worst case scenarios upon festering longer-term, full expulsion from the team.” This scenario is made far worse when a disrespectful player actually undermines authority at large, such that their actions are making others lose respect for the authority figure(s) as well, he notes.

This is an insidious situation Waters knows can have a grave effect on a sports program in short order, “corroding the foundational value system needed to have a productive and winning mentality.”

In kind, it’s imperative that student athletes are diverted from this behavior, being redirected to engage in more productive ways. But, what does “undermining authority” look like when not in the form of public back talk, snickering and general rudeness? Rest assured that undermining authority does not always involve obvious discourtesy, but rather can be quite clandestine. According to Waters, there are some less obvious signs a student athlete may be undermining authority—or anyone for that matter—and need to be course-corrected as part of their character building effort. One red flag he points out is when someone consistently prompts others to defend their opinion, assertion or point-of-view. Those who undermine authority also often dole out “backhanded compliments” that actually serve to reference or highlight a negative aspect of a situation in a counterpoint contrast to the positive. A third thing to watch out for according to Waters is subversive advice packaged as being helpful, like an alternate plan purported to be advantageous for the authority figure (or group at large) when, in fact, more selfish motives and benefits are at hand. Knowing what to look for is key for helping student athletes avoid this kind of surreptitious or even inadvertent self-destructive behavior.

For coaches, parents and other ‘key influencers,’ it’s imperative to not only push physical development of a student athlete but also instill a reverence for character development founded on a stated and shared value and belief system—a critical facet of their personal growth and development and one entirely under their span of control. Student advisors must also lead by example and walk the walk, making being principle and ideology-driven a cyclical endeavor without hypocrisy. Only then can the student, team, family, game, school, program and industry at large be elevated, allowing everyone to reach their full potential.

Branding, business and entrepreneurship success pundit, Merilee Kern, MBA, is an influential media voice and lauded communications strategist. As the Executive Editor and Producer of “The Luxe List International News Syndicate,” she’s a revered trends expert and industry voice of authority who spotlights noteworthy marketplace change makers, movers, shakers and tastemakers. Merilee may be reached online at www.TheLuxeList.com, on Twitter at www.Twitter.com/LuxeListEditor, on Facebook at www.Facebook.com/TheLuxeList and on Instagram at www.Instagram.com/LuxeListReviews.