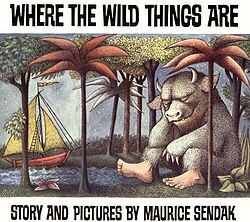 Children’s books made into movies

There are so many children’s books out there that are dearly loved by children and passed down throughout the generations. When these much loved stories are taken by talented indie directors and transformed into films, the results can be magical, enchanting and captivating for both children and adults, alike.

Where the Wild Things Are

Maurice Sendak’s 1963 children’s picture book, Where the Wild Things Are has been a hit with children ever since it was released and has sold over 22 million copies worldwide. In 1964, it was named the “most distinguished American picture book for children and was voted as the number one picture book in 2012.

A firm favourite with parents, teachers, and even our A-level tutors at First Tutors, for those of you that aren’t familiar with the book, it tells the story of a young boy named Max, who dresses up in his wolf costume and unleashes havoc around his house.

As a punishment, he is sent to be without any supper. The story, which is only 338 words long, then takes a magical twist, when Max’s bedroom transforms into a jungle and he finds himself sailing to a far away island inhabited by the wild things.

The story was adapted into a feature film, directed by Spike Jonze, in 2009, and proved to be just as popular as the original book. Combining live-action, costumed performers, animatronics, and CGI, the film is regularly selected by teachers, parents, and tutors, to entertain and enchant their children.

A classic children’s story by iconic children’s author, Roald Dahl, Fantastic Mr Fox tells the story of three horrid farmers, Boggis, Bunce, and Bean who hate the cunning Mr Fox, with whom they have an on-going feud, and are determined to teach him a lesson.

Since it was originally published in 1970, the story has inspired many adaptations and pieces of art. It also forms the basis of many lessons and projects, with a host of carefully devised lesson plans for teachers and tutors accompanying the book.

In 2009, the book was adapted into a magical stop motion film by legendary director Wes Anderson – and the results captured the imaginations of both children and adults. Featuring a host of famous faces (well, voices) including Bill Murray, Owen Wilson, Jarvis Cocker, and George Clooney, the film is a timeless tale of adventure and friendship.

Read by many on Christmas Eve, with many pre-school teachers and tutors using the story as the basis of Christmas performances, The Snowman

has become synonymous with Christmas for children throughout the generations.

The children’s picture book tells the story of a young boy who builds a snowman. But this is no ordinary snowman – at midnight, he comes to life and goes on an enchanting adventure with the little boy who built him. The popular story was converted into a short animated film in 1982 and has become an engrained part of the festive season ever since.

The much loved J.M Barrie novel, Peter Pan, has inspired children and storytellers for over a century. Telling the story of Peter Pan, the boy who doesn’t want to grow up, and his adventures in Neverland, the book has inspired cartoons, plays, and spin-off stories for as long as anyone can remember.

In 1991, Steven Spielberg directed Hook – a fantasy film based on a grown up Peter Pan (now known as Peter Banning), who has forgotten his childhood and become a successful corporate lawyer with a wife and two children. Captain Hook, the original story’s iconic villain, kidnaps Peter’s children and he is forced to return to Neverland to save them.

Over the years, the film has become as popular as the story that originally inspired it

How To Help Your Child Study For The Upcoming Test?