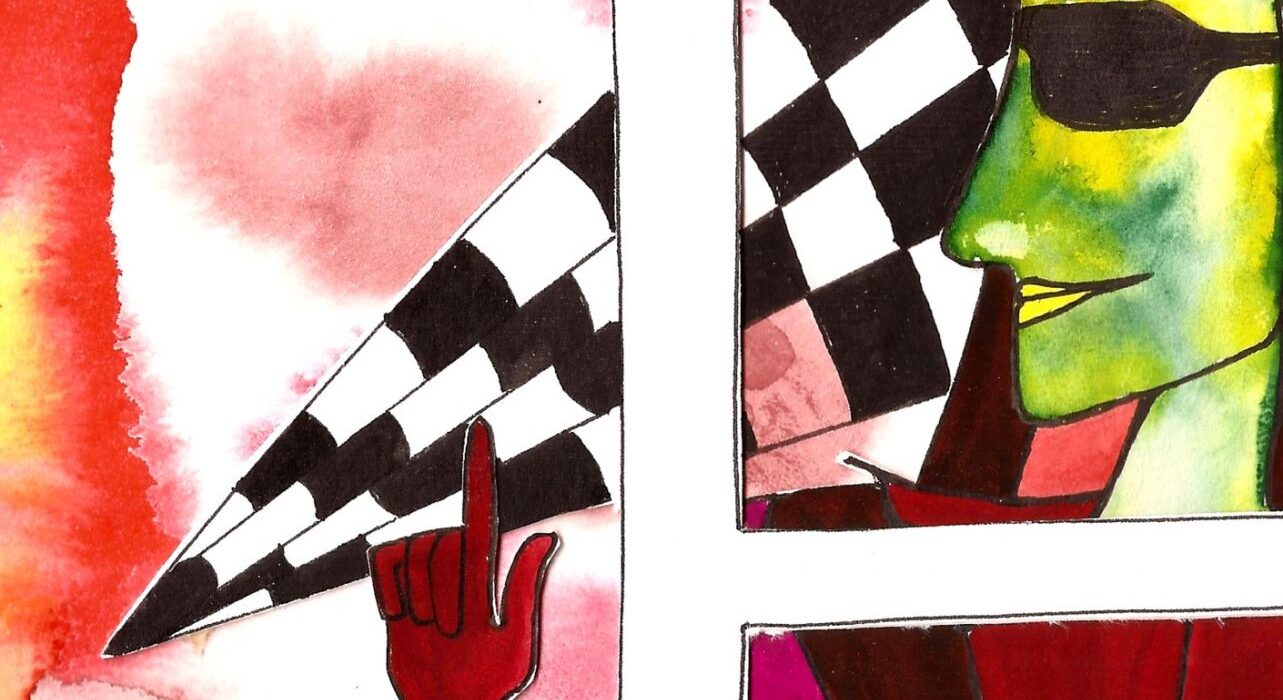 and available Feb. 19 The Dream Stealers 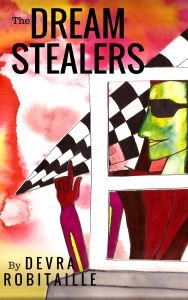 I was living in London at the time and working as a professional musician in the London session scene. The Dream Stealers, in its original form was optioned by the BBC for a children’s series, but in a strange twist of fate the lady in charge of that department at the Beeb quit, and at the same time I decided to move to America. The book lay for years in a trunk. Then I started writing children’s books, I wrote the Muffy series and the Efficiency Claus, so it seemed logical to revisit it my first book; I re-wrote it a bit and…voila!

I seem to get the ideas in big chunks, and then it’s as if I am transcribing it from those concepts. I do have an idea of where I’m going before I write it, and often the characters seem to need me to say certain things on their behalf, but generally the overview is there in a sort of “lump” before I start, and then it unfolds as I go along.

I love the scenes in space, I love seeing space rushing past the observation window through the eyes of my characters. I don’t really know why. And in the Efficiency Claus I love the reindeer scenes, flying through the air, and now that I think about it, even in the Muffy books there are a lot of boats and helicopters and airplanes…..Hmmmmmm, I wonder what that’s all about LOL

All imagination! Except the main character’s name was originally a sort of anagram. My maiden name is Devra Slavin, so I named her “Devin” then years later that actually became a thing. I found myself meeting tons of my daughter’s friends who were called Devin. Weird huh?

That’s a great question, and one does come to mind. It’s from a book by Michael Crichton called The Terminal Man. It’s from a passage about two computers named George and Martha and the game called the Christmas game; Martha drives George crazy by insisting he “Have an eggplant!” My daughter and I use this quote a lot when her grandma calls from England to drive us crazy.

I don’t have just one favorite, but I do love different authors for different genres. I love Herbie Brennan, Isabella Allende, Michael Scott; and then there’s John Grisham, Robert Ludlam, Tom Clancy; I like Elizabeth George for murder mysteries, and Michael Crichton; of course the classics, Jane Austen, Charlotte and Emily Bronte; and my fave children’s books were Winnie the Pooh and Wind in the Willows, Lewis Carroll and CS Lewis.

Santa Claus and Doctor Who

I’m writing a book about a village in England in the Bronze age. It’s enchanting me, I have fallen in love with the characters and the beautiful forest where they live. I scramble to the computer every day to write, excited to find out what they are going to get up to today.

I am a bit comma-phobic, I don’t like them. I just don’t. I think they look messy, but apparently I have to follow the rules, Blech!! I’ve had some serious knock-down, drag-out fights about the silly little you-know-whats!! (Sheepish grin)

I like it when they say “well-written” It makes me feel like I’m doing my job right.

Yes. It wasn’t actually a book, it was a play called “Rinaldi” and it was about an eighteenth century ghost. I loved the story and it breaks my heart to think about it. I collaborated with a writing partner and she and I almost got it produced on Broadway, we got the attention of several pretty big producers, but then she went kind of weird and “disconnected” from me and I had to sign an agreement that I wouldn’t….Oh bother, I can’t talk about it.

I do get some nice feed-back. One lady said about my Christmas book, The Efficiency Claus, “a fantastic fairy tale mixed with epic myths and legends, the story is riveting and captivating.” Wow, it doesn’t get any better than that for a writer.

I have to say I do like a happy ending. Other than that, as long as its well written and I enjoy it, good characters, nice setting, interesting situations, I’m good. There were a couple of movies recently that had the characters die in the end. That’s just not for me. Why would I want to walk around annoyed or miserable or mourning a beloved friend, I can do that in real life. I like things that uplift me and put me in a better mood, not a worse one. My 92 year old mother still calls me “Pollyanna,” well, I say to that, “Have an eggplant!”

Nobody has ever asked me that actual question. I think my stories are character-driven, but what’s the point of having a bunch of great characters standing around in a kitchen LOL you have to have a decent plot or a good situation for them to interact about. So now that I’m thinking about it, I don’t know the answer. Ha! Bet you didn’t know I was going to say that!!

I like to cook and/or bake, I have a kayak and I live on a bay, so I like to float about in boats, I ride a bike, I still play the piano as that was my former career, but not as much. People are always saying “oh what a shame, you don’t play much anymore!” but I love to write and paint (some of my books are illustrated) so that’s that then.

“…..Leaning forward in her chair, she gripped the joystick with her gloved hand and rammed it forward hard against the console and the ship disengaged from auto-pilot. Expertly now she pushed buttons and worked the controls in the exact sequence needed for the ship to triple its speed and

turn about smoothly, rushing onward in a shower of sparks and locking into an exactly calculated pathway between the tracers. Using all her invisible night maneuvering techniques and without any assistance from any of the computer guidance systems, she expertly flew the shuttle, weaving and dodging both the allied and enemy tracer systems that criss-crossed this sector of space like an invisible laser powered lattice….” From The Dream Stealers.

In my opinion a good author creates a world that draws you in, a place you can identify with and escape to. And you’ll need a good dictionary, a punctuation guide and a thesaurus.

I’ve been a writer my whole life. As a twenty-something I was a song writer, had some hits in Europe. Then after I moved to America, I partnered up with the aforementioned lyricist and we wrote several plays and shows together, we got one on in the theatre in LA to great reviews, and then she lost her way and decided to quit. And now I write for children and young adults. I suppose it’s been an organic journey.

When in doubt, read!! 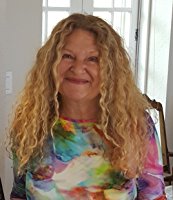 Devra lives in Sarasota Florida now and has authored a series of illustrated dog stories for children; The Muffy Series. Her next book, for middle grade and young adults, “The Efficiency Claus; an Improbable Christmas Tale” is now available, November and her sci-fi adventure for older readers, “The Dream Stealers,” is due February 19th 2017.

Devra is now working on the third Muffy book, “Muffy and the Medicine Cat.” She continues to write and compose for the theater, but loves to write for children.

She has recently started the Hologram Library as an Independent book publishing company specializing in fiction for children and young adults. They will be offering audio books complete with music, it is a repository of little Worlds for the kid in us all.

pre-order link for The Dream Stealers

Books by Devra Robitaille on Amazon