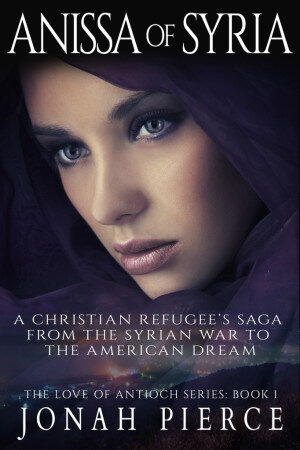 Guest Post by Jonah Pierce Author of Anissa of Syria

Moved by the headlines about the tragedy in Syria and Iraq, and the growing threat of ISIS, I wondered how these developments might feel from the perspective of a religious minority in Homs, Syria.

I have always enjoyed historical fiction because it takes the great events that shaped our world and personalizes them with a human story. Novels like “Exodus” or “The Kite Runner” are so rooted in history that they manage to illustrate the “big picture” by 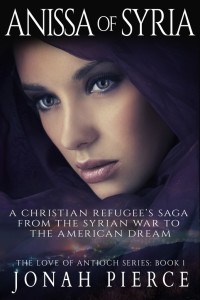 examining one little pixel in it. That was my goal when writing “Anissa of Syria.”

While the story was of just one young woman’s quest for survival, her saga also highlights the tragic realities of Syria’s Civil War, and its devastating impact on religious minorities. I imagined a young Christian woman, Anissa Toma, fleeing the brutal massacre of her family by Islamist, and restarting her life as a Syrian refugee in New York. The sweeping winds of history are felt through one woman’s story of survival and love, and I hope you decide to take that journey with her, so that you can share her tears of sorrow and her laughs of joy.

About the Author
Jonah Pierce graduated from Harvard College, where he studied mostly literature, psychology, philosophy, and film. After college, his first job brought him to New York City, where he was working during the attacks of September 11 – an event that profoundly marked him and deepened his interest in global affairs and the Middle East. Almost fifteen years later, Jonah was moved by headlines about the tragedy in Syria and the threat of ISIS, and wondered how these developments might feel from the perspective of a Syrian refugee. He began to envision a young Syrian woman fleeing fear, violence, and tragic loss, and finding a new life in the United States. Thus was the character of Anissa Toma born, and The Love of Antioch series recounts her saga.
Visit the author’s Facebook Page
and Find him on Twitter