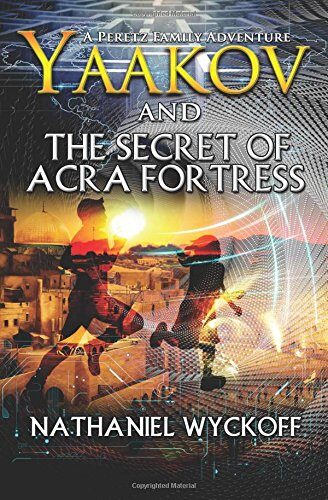 book 3 in the Peretz Family Adventures.

Looks like the Peretz Family is at it again. This time their not just off to Israel again but India off all places. What’s a family to do to get away from it all and just get a chance to relax a little. What was supposed to be a nice quiet little get-away to Israel,was anything but.

Once again the Peretz family’s adventure is a very cool learning tool for those interested in history. The Acra Fortress is (or was) a real place and actually just unearthed by archaeologist a short time ago. The series also continues to teach me all kinds of things about the Jewish and Hebrew faith.

According to Wikipedea The Acra Fortress or Akra  was a fortified compound in Jerusalem built by Antiochus Epiphanes, ruler of the Seleucid Empire, following his sack of the city in 168 BCE. The fortress played a significant role in the events surrounding the Maccabean Revolt and the formation of the Hasmonean Kingdom. It was destroyed by Simon Maccabeus during this struggle.

So much for today’s history lesson. But If for nothing else you should read these books for these fun facts alone.But never the less it’s the adventure and dangers that keep the stories exciting. Throw in some high tech gadgets and robots and you can’t miss. Follow Yaakov and his crew once again as they foil the bad guys plans and save their Imma and Abba. I love the fact that these stories will keep both kids and adults interested.I’m not sure if there will be more Peretz family adventure on the way be we can only hope…

Find this book  on AMAZON

After battling pirates, kidnappers and other scoundrels this past summer, all that the Peretz family wants is a quiet Chanukah vacation in Israel. It’s an enjoyable getaway until the last day, when things start to get strange.

Rutvij Rao runs the Acra in Jerusalem, a fortress built centuries ago by a Greek tyrant named Antiochus. Antiochus was defeated in the story of Chanukah, and the remains of his destroyed fortress are now a museum for tourists. But Rutvij, Antiochus’s descendant, has his own plans for the old ruin.

Resolved to avenge his great ancestor’s humiliating defeat by the Maccabees, the egomaniac Rutvij is turning the Acra into the capitol of his own new dictatorship. He has trapped all of the museum’s visitors, “inviting” them to be founding citizens; nobody leaves until the world acknowledges Rutvij Rao’s kingdom. Unfortunately for him, his captives include the Peretzes.

Yaakov Peretz and his siblings are determined to escape from the Acra and to stop Rutvij Rao in his tracks. The kids have discovered the fortress’s well-guarded secret: a mysterious map of a maze carved into a little-known passage running underneath the ancient citadel.

Join them on their latest daring adventure, which will take them on supersonic trains, to the frozen peaks of the Himalayas, and through perilous underground tunnels, as they race to uncover a Temple fortune and to free the mad dictator’s hostages…especially their parents!

Nathaniel Wyckoff was born and raised in the beautiful San Fernando Valley of southern California. From an early 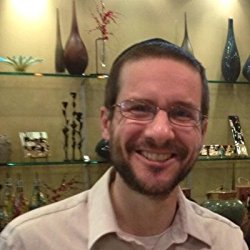 age, he was interested in reading, writing and listening to stories.
Though he works in a technical field, he counts storytelling among his favorite activities, belying the notion that scientifically oriented people are “not creative.” Nathaniel’s storytelling career took flight with the births of his children. His children enjoy all kinds of stories, but most of Nathaniel’s stories for them are of the fantasy and adventure variety. Nathaniel’s first novel, Yaakov the Pirate Hunter, was inspired by his son’s request for a story about robots. It combines elements of science, adventure, and Nathaniel’s beloved Jewish tradition.

In addition to writing, the author also enjoys studying his Jewish traditions, reading, playing the accordion and the piano for his family, playing games and sports with his children, and taking his family on hiking trips, camping trips and other adventures.

Ellie Sparrow and the Great Fire of London