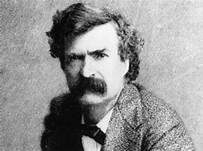 Making up such a list is obviously subjective: famous to whom? On what basis? Does quality matter? So maybe think of this as my personal list of the best of the most famous American authors. 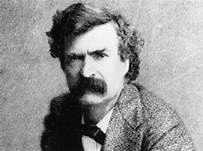 1.Mark Twain – Tom Sawyer, Huckleberry Finn
Born Samuel Clemens in Florida, Missouri, Twain penned two of the most beloved books of Americana, The Adventures of Tom Sawyer and The Adventures of Huckleberry Finn. The latter has a legitimate claim as the greatest American novel of all time. This though was only a small sampling from a great and prolific career. He has been called the Father of American Literature.

– Breakfast at Tiffany’s, In Cold Blood
Though he will almost always be best known for his gritty psychological journalistic study, In Cold Blood, his 1958 novella, Breakfast at Tiffany’s is possibly the most underrated work of American fiction. Unfortunately the popularity of the film has deceived too many into thinking that viewing it is a substitute for reading the far more narratively sophisticated and emotionally profound book.

– The Sun Also Rises, The Old Man and the Sea
Best known for his war and romance stories, Hemingway’s clear declarative prose reinvented English language literature. His influence on the short story has been especially profound. In 1954 he was awarded the Nobel Prize for Literature for his novella The Old Man and the Sea. As argued elsewhere on this site, Hemingway invented the mold for 20th artistic celebrity.

– Moby Dick
Born in New York City, Melville is best known for Moby-Dick, an epic tale about one captain’s personal struggle with an aggressive whale that destroys a whaling ship and its crew.

-The Sound and the Fury
A Nobel Prize-winning novelist and short story writer, Faulkner wrote moving stories revealing the inner lives of the people of his native Mississippi.

– Streetcar Named Desire, The Glass Menagerie
An American playwright, the only playwright to make our list (apologies to Author Miller), Williams authored many classic plays. He was thrust into fame with the success of The Glass Menagerie, but is probably better remembered for the film versions of several other plays: A Streetcar Named Desire, Cat on a Hot Tin Roof and Night of the Iguana.

– Little Women
Best known as author of the iconic American novel Little Women and its sequels Little Men and Jo’s Boys, Alcott had the distinguishing experience of growing up among many of her era’s most noteworthy American intellectuals: Ralph Waldo Emerson, Nathaniel Hawthorne, and Henry David Thoreau.

A native of St. Paul, Minnesota, Fitzgerald wrote novels and short stories about the glittering lifestyle and often desperate personal lives of those striking figures who populated what is referred to as the Jazz Age. While The Great Gatsby is his most famous, other exceptional achievements were This Side of Paradise, The Beautiful and the Damned.

– One Flew Over the Cuckoo’s Nest
Best known for his first novel, One Flew Over the Cuckoo’s Nest, Ken Kesey, somewhat like Hemingway, transcended his literary accomplishments as a cultural icon. His role as a counter-cultural bridge between the Beat Generation of the 1950s and the hippies of the 1960s was immortalized in the Tom Wolfe book The Electric Kool-Aid Acid Test.

– Uncle Tom’s Cabin
The Connecticut born Stowe, thanks in large measure to her historically important book, Uncle Tom’s Cabin, was at the time and remains an iconic figure of the abolitionist movement. The controversial book revealed horrors of slavery.

Born at Salinas, California, Steinbeck was a Nobel Prize and Pulitzer Prize winning author. His stories about California’s ethnic and immigrant groups, migrant workers and displaced sharecroppers are known for their rich combination of personal struggle and social commentary.

Rarely has anyone said so much, in so few pages, that has been embraced so much, by so many, for so long. The Catcher in the Rye, the only novel ever written by Salinger, may well be the most influential book in American history. It is one of the best-selling, with more than 65 million copies sold. The monumental impact of the novel has maybe had the unfortunate affect of distracting attention from some of his wonderful short stories, such as The Laughing Man and For Esmé—with Love and Squalor.

– The Turn of the Screw
Some might dispute his place here, but James was born in America, so I’m going with that. He is most famous for a series of novels depicting encounters of Americans with Europe. It was a topic he understood well. His work emphasised consciousness and perception and has described as a literary impressionism.

– Leaves of Grass
Our only poet on the list, Whitman is best known for his collection Leaves of Grass and his poem O Captain! My Captain! about the assassination of President Abraham Lincoln. 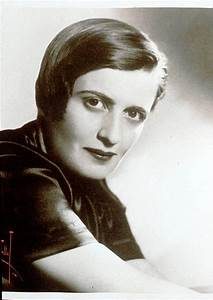 – Atlas Shrugged
Some may object that if I’m going to include James, I can’t also have Rand. Well, the heck with them; let them make up their own list. Fleeing the totalitarian Soviet Union as a young woman, Rand not only learned English upon her arrival in America, but went on to write works that captured the quintessential American individualist, capitalist ethos in a way that probably only could have been done by an immigrant with such a past. Most famous for her novel, Atlas Shrugged, she also wrote widely in philosophy and is arguably the only one of the dead authors here actually climbing the list.

– Naked Lunch
The Beat Generation novelist, short story writer, essay writer, painter, and spoken word performer, Burroughs practically invented postmodernist literature. His stream of consciousness depiction of heroin addict culture, in such books as Naked Lunch and The Ticket that Exploded, neither glamorizing nor demonizing it, was one of the great literary accomplishments of the 20th century”.

17. Jack London – White Fang, The Call of the Wild

A San Francisco native, London wrote exciting adventure tales drawn from his experiences as a sailor and gold prospector. His best-selling novels were The Call of the Wild, The Sea-Wolf and White Fang.

A great American satirical novelist, short story writer, and playwright, Heller achieved what almost all even the greatest writer can ever dream of doing: he singlehandedly changed the language. Even people who have no recognition of his name nor his work use the phrase Catch-22, meaning at least something very similar to what it meant in Heller’s great anti-war book of the same name.

Sinclair achieved popularity in the first half of the twentieth century for his classic muckraking novel, exposing the inner working of the U.S. meat packing industry, The Jungle. It created a public outcry that made him a figure of social change.

A radical American novelist and artist active in the first half of the twentieth century, Passos was noteworthy both for his literary output and his political changes. An early communist, he spent much of his efforts writing or organizing in defense of constitutional Spain. Disillusion led him in later life to take a hard turn against communism. As such, he remains a polarizing figure in American letters. His great literary achievement was the trilogy, USA.

Barbara Elliott has served in a number of leadership positions throughout his career including College Dean at three Universities and Tenured University Professor. Barbars is a frequent national and international presenter and author. Also she works as a blogger at PhDify.com

Teen Bullying: The Link To Depression And Where To Get Help