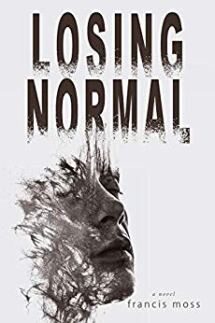 A Novel by Francis Moss

I will go ahead and call  Losing Normal a young adult dystopian novel. A bit different than others I have read. As I got further into it I found it to kind of be a cross between 2001 a Space Odyssey and George Orwell’s 1984. Instead of HAL we have “SOPHIE”. Instead of “BIG BROTHER” we have “CALLIOPE”.

What makes Losing Normal truly interesting is Alex. The star of the show. The protagonist. Alex is an autistic teenager who struggles 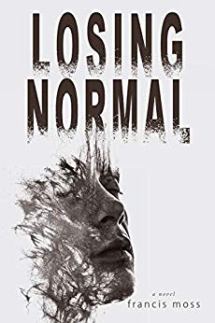 every day with Normal.Normal is taking 849 step from school to home. Normal is having 23 Wheat Bits and Orange slices for breakfast.

NORMAL is not saving the world from mind controlling totalitarian masters. Told through the eyes of two teenagers, Alex and Sara as they take us on a thrilling ride as they lead their friends and allies in the fight against Calliope and Sophie.Alex is very descriptive as he explains every detail of what he sees.Sara well she’s just fun.

It’s the classic story of an Anti-hero type leading the fight against a seemingly unbeatable foe. The fact that this hero is autistic make this book extra special. It’s a well written story with excellently created characters.I especially like the interactions of Alex and Sara and Sara’s quirky personality is a plus.

Calliope is the organization trying to control the minds of the populace. They do this by basically hypnotizing everyone thru T.V. screens.These screens are everywhere.In the Parks ,peoples homes and even in schools as “teaching tools” The problem is that it does not work very well on highly functioning Autistic people. Alex of course realizes what is happening and gets pulled into the revolt against this AI threat. Alex soon learns he is able to withstand this invasion into his mind and communicate with Sophie. This makes him and his friends public enemy number one.

This is a top notch Young Adult dystopian novel and truly unique.

Everyone we love, everything we know, is going away… and only an autistic boy can stop it.

Alex knows exactly how many steps it takes to get from his home to Mason Middle School. This is normal.Alex knows the answers in AP math before his teacher does, which is also normal.

Alex knows that something bad is coming out of the big screen in his special needs class. It’s pushing images into his head, hurting him, making him forget. Alex pushes back, the screen explodes, and nothing is normal any more.

Giant screen televisions appear all over the city. The programming is addictive. People have to watch, but Alex cannot.

Sophie, the sentient machine behind all this, sees the millions and millions of eyeballs glued to her and calls it love. To Sophie, kids like Alex are defective. Defectives are to be fixed…or eliminated.

Francis Moss has written and story-edited hundreds of hours of scripts on many of the top animated shows of the 90s and 00s, including shows like She-Ra, Princess of Power, X-Men, Iron Man, Ducktales, and a four-year stint on Teenage Mutant Ninja Turtles,

writing and story-editing more episodes than you can swing a nuchaku at. His TMNT script, “The Fifth Turtle,” was the top-rated of all the 193 episodes in a fan poll on IGN.COM. A list of his credits is at IMDB.COM.

He has also appeared on many panels at conventions, and have been interviewed by fan-oriented television and radio shows., on DVDs of The Real Ghostbusters, The New Adventures of He-Man, and for a documentary celebrating the 25th anniversary of TMNT.

Losing Normal is his first Novel

The Last Last-Day-of-Summer by LaMar Giles