Found in Time a time travel novel by J.K. Kelly a Book Review 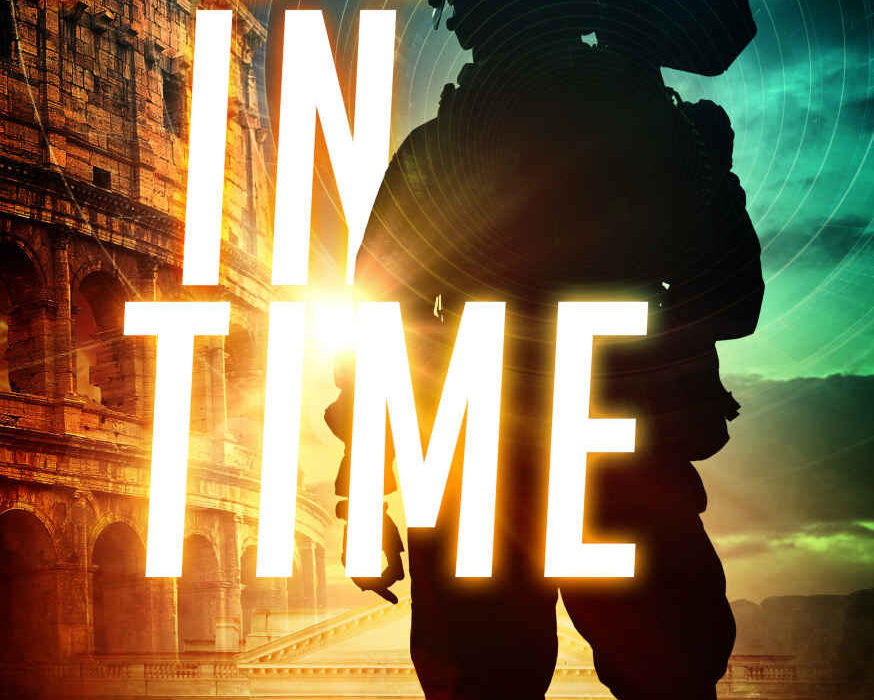 “Semper Fi,” meaning in so many words we stick together. J. K. Kelly has written ‘Found In Time’ a story that is historical yet spiritual. This is a story of how history affects how we all live our lives. How certain decisions 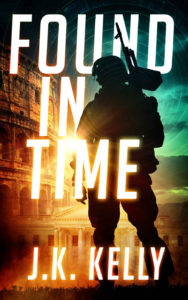 could change history. It is a story of four to six characters named J. J., Abrams, Sharif, JR, Wilson and the leader named Dr. Moretti. A time travel story that makes the reader spellbound. These four to six servicemen will travel through time on missions to help the future without changing the past. There are rules that they must follow, but at times the rules will be broken.  J. K. Kelly has written a book that has taught me to look at history in a different light. A book that turns spiritual when these characters go back to the Garden and talk with Jesus for family reasons and for this reason was my favorite part of the book. It is a story of sticking together in all situations and a book that could be used to teach about genres in literature/writing classes from historical fiction as well as science fiction, and even spiritual books. This was a book that made me ask myself what would I do if given a chance to go back in time and learn. ‘Found In Time’ is a book that lets us see how things work out for all of us.

Two extraordinary warriors take on the challenge of battling their country’s enemies in today’s complex world. Why do they believe they will succeed where others have failed? They possess a new top-secret weapon—the ability to travel back in time. Major J.J. Jackson, a highly decorated Marine whose focus in life is to seek & destroy terrorists, is tasked by the Joint Chiefs of Staff to test the revolutionary technology that promises the U.S. a military and political edge over foreign and domestic threats. When JJ goes rogue and asks a higher power to save the woman he loves everyone’s lives will be changed forever. General Dick Stewart, Chairman of JCS, oversees the program they are hiding from a contentious White House and the CIA. As a supporter of JJ’s career since the death of the younger man’s parents, Stewart must watch his own back as he tries to look after the Major and his eclectic group of patriots. For JJ’s team of six men and women, time travel becomes their magic bullet. But when a new American President comes under siege, those who were FOUND IN TIME must lock and load. The team will need to ratchet up their aggression to defeat the most dangerous enemies the country has ever seen and this time it will be on American soil.

Jim Kelly (Not the Hall of Fame Buffalo Bills Quarterback) has been writing since grade school and was first published in Highlights Magazine responding to a question from the editor. While studying Journalism and Law Enforcement at Penn State University, on weekends he traveled across the country covering racing events as a photographer, feature writer, and columnist for motorsports magazines. He then went to work in Charlotte as the PR Director for Darrell Waltrip’s Gatorade 88 NASCAR team.

Kelly, JK to his closest friends, took time away from motorsport to help run the family business when his parents became ill. Eventually he was able to return to racing, and spent nearly thirty years as a Regional Manager and also served for a period as the Corporate Director of Sales & Marketing for VP Racing Fuels. VP’s founder Steve Burns and the new owner both acknowledged his “dedicated service, exceptional talents and strategic thinking.” Some of his many accomplishments include securing high-profile contracts with the Isle of Man TT, IMSA, World of Outlaws, Watkins Glen, and Santa Pod but his proudest was being regarded as “the best boss we ever had” by his team.

Liberty Frye and the Emperor’s Tomb by J.L.McCreedy