FLIRTING WITH FAME by Dan Harary 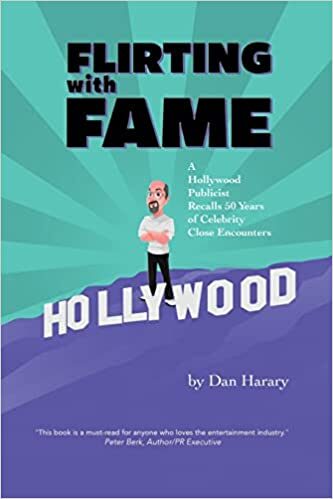 Many people dream of the starlight and the fame and fortune that surrounds it. Hollywood has, for years, depicted its muses as ethereal beings, not bound by the woes or limitations of the masses. Hollywood celebrities seem to never 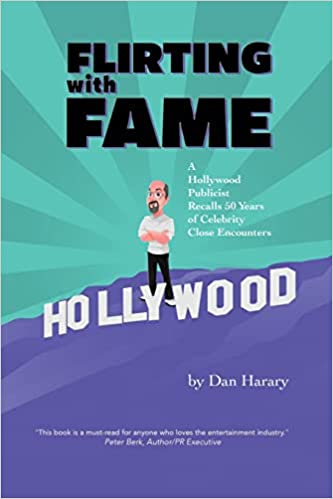 age, are always beautiful 24/7, only wear designer clothing and are constantly jet setting around the world surrounded by other beautiful, rich people. From the outside looking in, it appears that Hollywood celebrities really have it all. However, Hollywood publicist and author of “FLIRTING WITH FAME,” Dan Harary has experienced what Hollywood is really like, the good, the bad and the ugly. “Dan Harary came to LA at age 24 – a very young man. He had numerous bosses who tortured and insulted me psychologically and spiritually and often made me do abhorrent work-related things that he personally objected to but had no choice, as he had to support a growing family. He also had a few other bosses who were nurturing, brilliant and true team players, from whom he learned a great deal about how to run a business, how to treat clients and how to maximize public relations efforts so they spotlight clients in the best light. Most of the celebrities he met in life have been genuinely nice, “real” people in spite of their fame, like Tom Hanks, Stallone, Ann-Margret, Kirk Douglas, etc.; while a few other major stars were either obnoxious, stand-off-ish or just so entirely “full of themselves” that they weren’t even worth trying to have a conversation with,” explains Dan Harary.


“The executives that run Hollywood today are focused on making huge block-buster movies aboutcomic book heroes. They run focus groups and marketing studies and social media campaigns to determine what actors, plots and storylines will work best for their films,” says Harary. “During the Golden Age of Hollywood, the studio execs, producers and directors worked from instinct and simple inherent talent to create masterpieces that hold up, decades later. Today, we have Spider-Man 37 and sequels to sequels to sequels. When you work within the entertainment industry, you can see, first-hand, the degree to which illusion is honed and crafted and presented as “genius.” Like Toto in The Wizard of Oz, I’ve seen the reality “behind the curtain” and it’s not nearly as thrilling or enthralling as one might think.”“Flirting with Fame” shares Harary’s experiences and chance encounters with many celebrities, often in unexpected ways.