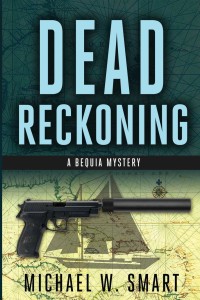 survival. And the last thing he needed was disruption and exposure of the quiet retirement he’d settled into on Bequia, living aboard his schooner Wherever. He’d buried his past. Forged a new life. And in doing so broke his cardinal rule, he’d formed attachments. A burgeoning romantic relationship with the island’s police Superintendent Jolene Johanssen, whose love awakens dormant emotions and reconnects him to the world. A relationship he’s unsure he’s emotionally equipped to handle. And a close friendship with the discerning Commissioner of Police Mike Daniels, who perceives more regarding Gage’s past than Gage is comfortable with. And who lies in a coma, fighting for his life. In pursuing his friend’s shooter Gage becomes embroiled in the vicious world of narco traffickers, money laundering, and a possible nemesis from his past, threatening to upend his new life, resurrect his inner demons, and put the people he’s come to care about in the cross-hairs.

A terrific page turner for dads on Father’s day, written in a style and voice reminiscent of a good hard-boiled mystery that holds you by the throat and doesn’t let go until you finish it.Available at Amazon

Book Description:
In this edge-of-your-seat thriller, author Dave Edlund brings readers face to face with the
promise of energy independence… and its true cost.
As one by one the world’s leading alternative energy researchers are assassinated, Peter 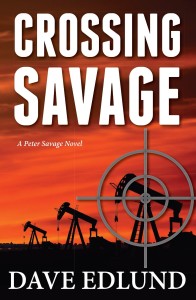 Savage and his friend Jim Nicolaou race against the clock to preserve the secret that promises
to change the landscape of the world… or start a global war. In the timely, heart-thumping
thriller Crossing Savage, author Dave Edlund presents the theory of abiogenic oil production
and the terrifying array of unintended consequences that accompany the belief that energy
independence can be realized.
Buy it at Amazon

-The Boundary Wall at Kana’aho-

If dad likes to laugh at ironic situations and doesn’t mind a little war, violence, intrigue, popping eyeballs, and sardonic social commentary, then The Boundary Wall at Kana’aho is the novel for him

Chuck Burrows, a 60-something Vietnam War veteran, is homeless, friendless, and losing his battle

against PTSD-inspired nightmares on the sun-drenched back streets of tony Lahaina, the celebrated Maui tourist magnet in the Hawaiian Islands. Chuck may or may not have killed his platoon’s oppressive lieutenant in the jungle forty-odd years earlier during a heated battle. And, though the Army apparently no longer particularly cares whether Chuck actually did kill the officer or not, the grizzled veteran would certainly like to shake the war-related visions still haunting his sleep every night.

Brian, a relic hippie from Berkeley of the 1960s, full of vaguely religious aphorisms and guru-speak, shows up one day and befriends Chuck, the hapless ex-soldier. A former Black Muslim and Hare Krishna devotee, Brian is convinced he can lead Chuck to spiritual redemption. However, after one drug, alcohol and prayer-filled night ending rather badly for a Lahaina landmark, Brian mysteriously vanishes.       At Amazon Kindle
—————————————————————————————————————————

Wild Africa and A Job To Do

Wild Africa and A Job To Do is a unique tale of journeys to and inside ‘old’ Africa, safaris under canvas to some of the remotest places in all Africa with no facilities or maps. There are many gripping and sometimes amusing stories of encounters with elephants, lions, wild dogs, buffalo, snakes, tsetse flies, as well as with extraordinary people.

Awakening in the Northwest Territories by  Alastair Henry

is an inspirational, humorous and absorbing account of one Boomer’s transformative life journey over a sixty year period. Follow Alastair’s story from his strict Catholic upbringing in England to Canada by himself at the age of 19 in search of love and adventure, where he quickly acquires a family, and over the next twenty years, climbs the corporate ladder and builds up a flourishing business, all of which subsequently go belly up.

He takes an early retirement and goes to live in the country in an idyllic retreat, but he feels unfulfilled and senses that there is much more to life than just being “comfortable.”

He makes a conscious decision to live the examined life, and having bought unquestioningly into consumerist society for so long, he decides to go in a new direction by living with a small band of First Nations people in a remote fly-in community in the Northwest Territories. Cultural differences and a challenging environment ignite fresh perspectives, inspire a new way of life, and fuel his soul-searching

Get it on Amazon

George R. R. Martin’s A Game of Thrones 5-Book Boxed Set (Song of Ice and Fire series): A Game of Thrones, A Clash of Kings, A Storm of Swords, A Feast for Crows, and A Dance with Dragons – Available

The visual story of Talladega Superspeedway told in pictures, and captions, from the speedway, museum, drivers, and teams.  At Amazon

A gripping historical fiction that will transport you back in time to the Detroit of the 1920’s- a world of Speakeasies, Gangsters, Auto Barons, Flappers, Lawlessness and Innovation. Joe, a young boy growing up in Detroit, navigates between

his family’s strong Polish traditions and the electric atmosphere of America’s fastest growing city until a sudden illness and heart wrenching death force him to grow up much too soon. He finds work with an ambitious group of Jewish immigrants known as the Sugar House Gang. To support his family Joe runs liquor up the river with Cappie, the man who will become his mentor, friend and ultimately, family. Together they race through the “Prohibition Era of the Roaring Twenties” in fast boats and faster cars, trying to avoid the law and rival gangsters while striving to satisfy the murderous leaders of what is to become the infamous Purple Gang.

Cottonelle Moist Wipes: Be Kind to Your Behind