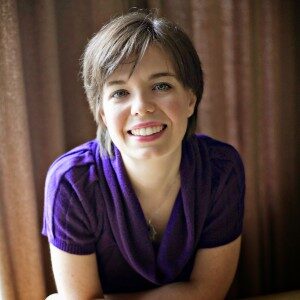 With her new book The Dybbuk’s Mirror Out now we ask Alisse Lee Goldenberg about the creation and development of her characters when writing.
Alisse:
When I write anything, like a novel or a short story, I usually start from a character and then come up with a plot. When I wrote the novel Sitnalta I had the idea of a story centered around a young princess with long blue hair. I knew she only had her father, and he was an awful sort of man. I had the entirety of her childhood in my head, though I knew the novel would take place when she was a teenager. From this point I worked out the novel’s plot. Once I had her character, and her father, and the other people she would encounter during the story, it was easy to keep her reactions as in character as possible.

The Strings of the Violin and The Dybbuk’s Mirror came to me much in the same way, though with a slight difference. I knew that I wanted to create a series of novels that centered around Eastern European and Jewish folk lore. I wanted to write a story, and create a world that was created as an homage to the fairy tales that my bubbie grew up with in Poland. So for these books, I started with the research. Once I knew what the

characters would be dealing with, I needed to come up with the who. I created Carrie, Lindsay, and Rebecca partly out of some of the friends I had (and still have- you know who you are!) and partly out of my own imagination. I wrote notes on them, much like I wrote notes on the mythology of the world. I feel that if I have the characters’ pasts mapped out- how they were raised, where they went to school, who their friends are, what their interests are, then it’s much easier to work their reactions into the plot, and keep their voices ringing true.

For me, it doesn’t matter if the character is a teenager preparing for university life, or a dybbuk princess. Everyone has a past, and that past informs who they are in the here and now. As a writer, if I know where my character comes from, and what they approach a situation with (memories, character traits, wants and needs) I can write a realistic response. For example, Carrie would react to a situation where she had to outwit a giant in a different manner that Sitnalta.

It might take me a while to do this for all the characters I have populating my worlds, but for me, this is a necessary step, and it makes my life as a writer a lot easier once I put pen to paper and begin the book itself.

Matriarch: An Australian Novel of Love and War; Book Review

James Clyde and the Diamonds of Orchestra