In the Netherlands and Belgium, the Boekenweek (Book Week) is an annual “week” of ten days dedicated to literature. It has been held in March every year since 1932. Events are held across the Netherlands during the Boekenweek, such as book signing sessions, literary festivals, and debates.This year Boekenweek is coming to North America

This year’s theme is The Mother The Woman, and a well-known Dutch or Flemish author is asked to write a novella specifically for Boekenweek . In 2016, World Editions author Esther Gerritsen wrote the Boekenweek gift of which 600,000 copies were handed out. Gerritsen’s novel Craving, about a dying mother and her strained relationship with her daughter, is a perfect fit to this year’s theme. 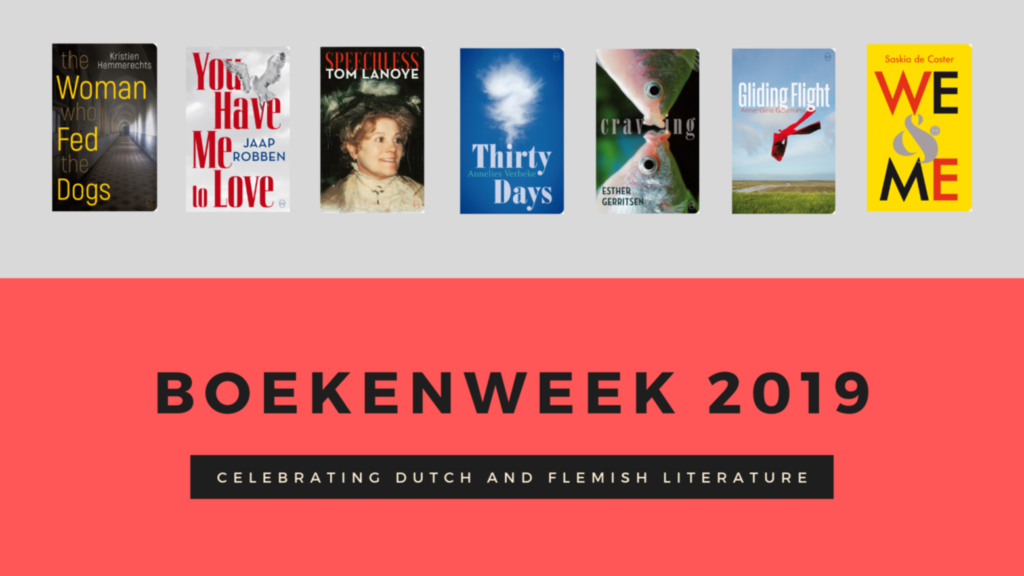 Craving by Esther Gerritsen is one of those books that really grabs your attention. You have to admire an author that puts something like this together.To create a book that mixes family dysfunction,death,skewed relationships between a man and woman ex husbands and wives and still get that subtle bit of humor is pretty cool. 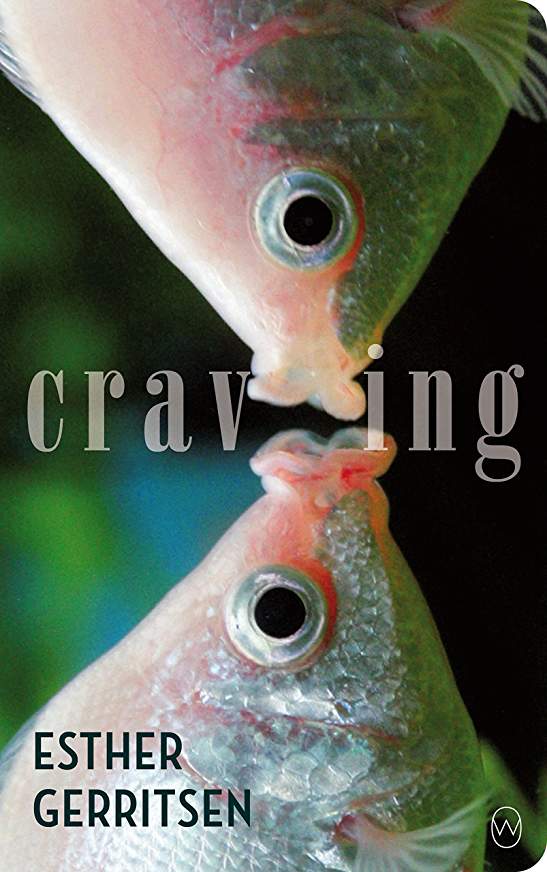 Lets start with the cover. Strange as it is the “Kissing Fish” picture makes sense to me after reading and understanding the book.I don’t know if the author intended it to be interpreted this way but I see it as the two fish “craving” each other.At least to me that is how I see it.

Ok so lets move on from the cover and open the book. From the very first paragraph you can see the relationship between Elisabeth (Mum) and Coco (The Daughter) is strained. It did take me a while to actually “Get” what this book was about and understand the title. The main character is Coco. The way I see it she is the one Craving.Craving for what? She does not even really know.It’s not enough! That is the line that says it all.Probably the most significant line in the book.I think that could also have been the title.She keeps thinking to herself throughout the book,“It’s not enough”.

Does she crave a normal mother/daughter relationship? Maybe a better relationship with her Boyfriend Hans? Her Father? Or is she just looking for more or better SEX? (Yeah she’s got a problem there too). Poor Coco nobody seems to understand her. Could it be because she might be a little NUTS!

Lets move on to Elisabeth,You remember her right? Mum. A dying woman who seems to want to keep it to herself. A chance meeting with her daughter lets the cat out of the bag. So daughter tells Dad (Mum’s ex husband) and the story continues from there. I like the way the author tells the story.It’s mostly through the eyes and minds of Coco and Elisabeth. Elisabeth with a lot of memories of how things used to be with her ex and Coco. Coco on the other hand of how things are . The two different viewpoints here are intriguing. It brings to the forefront the dysfunction of it all.The dysfunctional family and the way they connect with each other. How they handle caring for a dying person. You’re never sure if Coco is doing this out of love or not.

The relationship between Coco and Hans is also interesting.It seems the two of them can’t quite figure it out. Once again It’s not enough for Coco. For Hans Coco might be a little “Too Much” for him.

In closing I feel this book is a very real portrayal of family life , the ups and downs of relationships. Dealing with death and sickness and care giving. The stress it can put on people. An excellent read.

But the Hairdresser didn’t have any coffee?

Esther Gerritsen (1972) is a Dutch novelist, columnist, and playwright. She made her literary debut in 2000. She is one of the most

widely read and highly praised authors in the Netherlands, and makes regular appearances on radio programs and at international literary festivals, such as Litquake and Wordfest. Esther Gerritsen had the honor of writing the Dutch Book Week gift in 2016, which had a print run of 700,000 copies. In 2014 she was awarded the Frans Kellendonk Prize for her entire oeuvre. Her novel Craving was shortlisted for the Vondel Prize and was published in the US in September 2018. Roxy has sold over 20,000 copies in the Netherlands and was shortlisted for the Libris Literature Prize.

This year, Boekenweek will take place in the Netherlands from March 23rd to March 31st, and then in Belgium from April 1st to April 7th, and World Editions will be celebrating the work of eight of the most important contemporary writers from the Netherlands and Belgium recently released in English translation. Bestselling and prize-winning authors Kristien Hemmerechts, Christine Otten (The Last Poets), Saskia de Coster, and Annelies Verbeke (Thirty Days) will be touring the US during Boekenweek.

My Way to Making Friends