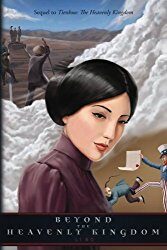 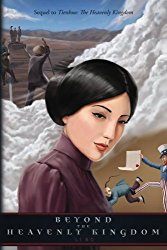 Leibo). This is also volume two of The Sino-American Tales. This is a story of The Brandt family and their worldly travels. It is also a story when the Brandt family sees how others reactions to them during periods of American History and the changes that occurred. This is the story of Jason, an American and his wife, Black Jade an their children. The Brandt family also learns about others cultures and traditions that helps them adapt to their surroundings. During their travels the family meets various famous Authors and characters. “Beyond The Heavenly Kingdom” is a book that teachers could use as a supplement in a Human services course about diversity or a World Cultures course. Li Bo has written a story that shows education is highly thought of.  During the story the characters were starting a school to help other Chinese to acculturate into various societies. Another issue that Li Bo brings the reader to think about is ‘What does it mean to be a Christian no matter were you live or what denomination you happen to be at a given place or time. This is a novel that will make you think of theirs and how you could help in tour neighborhoods and cities. Steven Leibo is a writer that uses description in a good way to paint the various scenes of the book to let the reader feel a part of what the characters are living.

Dr. Steven A. Leibo, writes historical fiction under the pen name Li Bo is the Sherman David Spector Professor in the Humanities at the Sage Colleges in New York.

What type of Mortgage should I get?

“The Day We Rode the Rainbow” by Jodi F. Mays